What is an MATV System?

MATV stands for Master Antenna Television. A MATV system enables TV and FM signals to be distributed to a large number of TV receivers, as opposed to individual antennas for each TV.

In simple terms, an MATV system is a network of cables and specifically designed components that process and amplify TV and FM signals, then distribute them from one central location.

MATV systems are separated into two parts, the ‘Head End’ and the ‘Distribution System’. It is essential to carefully plan and engineer both parts using the best MATV equipment and best practice installation techniques to ensure video and audio signals are distributed with minimal loss of quality.

Without a MATV system, any premises that require multiple TVs would need to install and maintain an antenna or satellite dish per TV. This would be expensive, not to mention unsightly. The TV reception would also suffer, because multiple antennas would interfere with each other, causing signal issues. 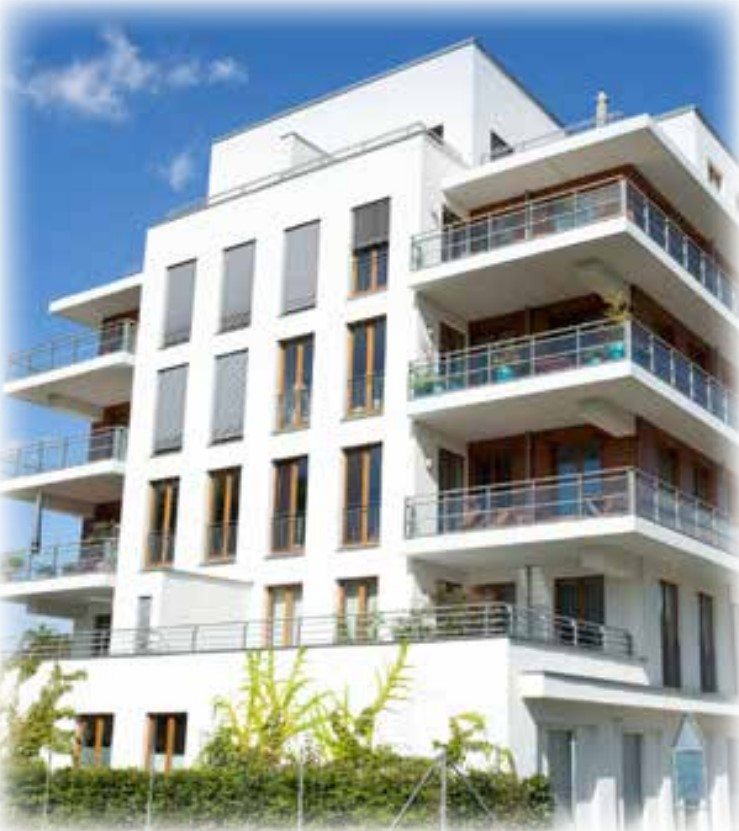 Many commercial premises such as hotels, retirement villages, and holiday parks now utilise some form of MATV system to supply a section of different programmes and information services to their customers.

A MATV system can carry digital television signals through an aerial or satellite dish (both free-to-view and subscription television), FM radio and DAB (Digital Audio Broadcasting).

How a typical MATV system works:

For expert advice on your MATV needs, why not call us now to arrange for one of our friendly Hamilton AV Experts to help design a new MATV solution customised to suit your situation.

For a more in-depth look at the components of an MATV system, see below.

For audio and video signals to be transmitted using only a portion of the available bandwidth, they are modulated onto carrier signals within a fixed bandwidth, also known as a channel. If TVs are tuned to a particular channel, it is not tuned into a single frequency, but a 7MHz band from which the audio and video information is retrieved.

The Head End of a MATV system usually consists of an antenna which receives broadcast signals, processing equipment to filter the signals and a distribution amplifier to amplify the signals to compensate for distribution losses. Antennas, amplifiers, taps, filters and attenuators are used in this part of the system.

The quality of TV reception can be no better than the quality of the signal from the antenna. Therefore it is vital that the correct antenna be selected for the intended location.

The quality and strength of any signal received is determined by the following:

One of the most important steps in Head-End design is determining the signal levels in your area. Completing a signal survey before installing the system will avoid many potential problems. By using a field meter, antenna, and a portable TV, you can measure the amount of signal received on each channel. Some antennas can do much to overcome certain types of interference, so be careful in your selection.

If you find you are in a weak signal area, all is not lost! A Masthead Amplifier can amplify the signal before it reaches the distribution amplifier. This ensures a signal of sufficient strength and acceptable quality.

To guarantee a good signal at every TV receiver connected to the system, the MATV distribution system must be well designed. Splitters and taps are used in the distribution system to provide a predetermined signal level and to maintain the correct impedance to each of the outputs. Calculations of losses associated with splitters, drop taps, and cable are required. To avoid losing signal quality, each outlet has a defined amount of signal level required, and cable runs should not be longer than the maximum recommendation.

The antenna receives many signals, which may have a wide variation in signal levels. To ensure the same picture quality on all channels, equalisation may be required to prevent the stronger signals from overriding the weaker signals. Attenuators are used for this purpose, as they reduce the stronger signals by a specified amount.

Looking for a quote for your next project?